Backed by New York venture capital and powered by leading game experts worldwide, Shred Capital has established itself as an emerging venture player across Canada. Their mission is to lead, seed, or syndicate that crucial first round of equity for high-potential startups.

Shred has developed a video game industry acceleration program that specifically leverages the capital provided by the Canada Media Fund. Over the past 18 months, they has worked with 40 companies to help sharpen their pitch to the Canada Media Fund and their success rate is just over 56% (compared to an industry average of ~20%), resulting in $6 million raised.

Are you are a new game producer who wants to bring your idea to life? Shred is looking to fill their next industry cohort and this will be made up exclusively of companies from across British Columbia.

►There are a limited number of spots
►Applications accepted until December 6 (or until allocated funds run out)
►Shred's track record with this program is 100%
►Each successful applicant will receive $15,000 from the CMF 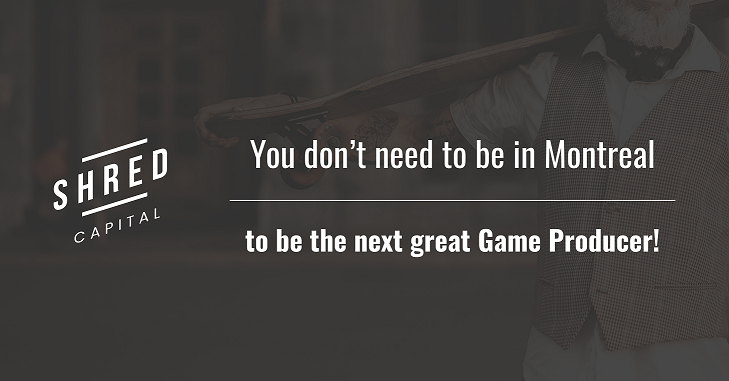