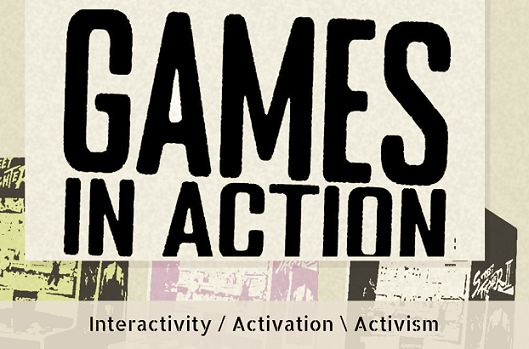 The Chan Centre is thrilled to launch a new conference, Games in Action: interactivity / activation \ activism,  taking place from November 4-5. This two-day event will feature game designers, artists, musicians, scholars, and writers, to explore how games act upon us and through us, and how they compel us to take action for ourselves.

The conference will examine the social and artistic impacts of video games, much in the same way literature and film are analyzed as influential mediums. Notable speakers include veteran game designer John Romero, designer of Doom, Wolfenstein 3D and Quake, among others. Melos Han-Tani and Marina Kittaka, creators of one of the most highly acclaimed games of the year, Sephonie, and Arthur Protasio, Emmy-nominated director and writer known for his work on the Cobra Kai games, are also panelists.

Co-hosted by Heart Projector and UBC’s Emerging Media Lab, the pop-up arcade will host artists and games that do not merely reflect or represent marginalization, but that use interactive artwork to express marginalized experiences. Ultimately, this landmark event will seek to discover how digital forms of storytelling can have the potential to consider new decolonial actions, activities, and activisms, for our increasingly digitized age. The pop-up arcade is only available to conference attendees or to concert-goers as part of a packaged ticket.

As part of the conference,  the UBC Symphony Orchestra and UBC A Cappella, guest conducted by Lucas Waldin, will perform Games in Music: Halo, WoW, LOTR on each night, celebrating the soundtracks of new and classic video games. Experience the epic sounds of Michael Giacchino’s Star Trek: Into the Darkness, and relive the frenzy of the tetris theme song. VR immersive artist Juliana Loh will paint the scores of Star Wars and Lord of the Rings live. This concert also premieres the orchestral scores of both Celeste and Glitchhikers: The Spaces Between. A limited number of VIP tickets are on sale which include access to a pop-up arcade. 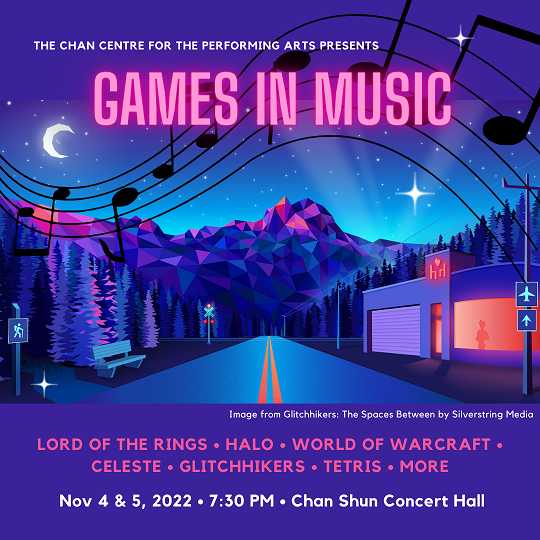