Who Will Be This Year's Vision to Reality Innovator of the Year? 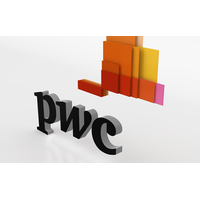 It's two weeks before nominations close for PwC's 2012 Vision to Reality awards program.

The awards, which honour technology companies with outstanding vision and leadership, strategic direction, and innovation, include the prestigious Innovator of the Year title, which acknowledges the company that has best demonstrated the commercialization of a unique, game-changing technology solution.

This year, a host of well qualified industry veterans will form a new independent panel of judges. Among them are Howard Gwin of Omers Ventures, Daniel Klass of Klass Capital, and Daniel Pratt of RBC Royal Bank.

Public and private companies can both enter, so long as they are Canadian-controlled or headquartered in Canada. For a full list of details and to nominate a company, check out PwC's website.