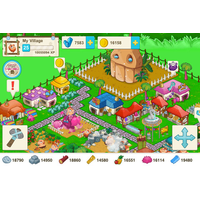 TinyCo, a San Francisco based developer and operator of popular mobile games such as Tiny Monsters, Tiny Village, and Tiny Zoo Friends, announced today that it is opening a new studio in Vancouver to expand its development of mobile games.

Backed by an $18 million investment led by venture capital firm Andreessen Horowitz, TinyCo is looking to broaden its team of high-caliber engineers, designers, and artists who are passionate about gaming on mobile platforms.

"We are thrilled to be bringing TinyCo to Canada," says Laurie Deneschuk of TinyCo. "The wealth of top talent and strong community make Vancouver the perfect place for us to continue to grow.  We see a great opportunity to further cultivate our winning culture, infrastructure, and creative there.  It was an easy choice already, but it didn’t hurt that I originally hail from Saskatchewan."

Founded in 2009, TinyCo was named one of Pocketgamer’s top 50 developers in 2012 and has been highlighted as one of the first game developers to understand how to be successful with freemium monetization models on Android. Despite its rapid growth, TinyCo keeps its startup mentality, where people have a direct impact on not just the products they are working on, but the way the company operates as a whole.