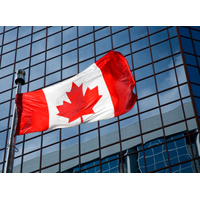 Canada today revealed that it plans to create a new class of visa, according to Reuters.

Officials hope it will attract technology entrepreneurs to immigrate to the country to start new companies.

It has put a moratorium on issuing its existing entrepreneur visa, which only required an immigrant to hire one person for one year, and intends to initiate a visa that would be issued to people identified by venture capital funds as candidates to create start-up firms in Canada. The venture funds would be required to invest in the start-ups. The start-up visa is one of several changes being undertaken by Citizenship and Immigration Minister Jason Kenney in what he says is an effort to make the immigration system more responsive to Canada's economic needs.

"Canada seeks young, ambitious, innovative immigrants who will contribute to Canada's job growth and further drive our economy," Kenney's press secretary, Alexis Pavlich, is quoted as saying. "The start-up visa is an initiative that the government of Canada is exploring to assist in transforming our immigration system into a fast, fair and flexible system that will meet the needs of our economy and help grow our country."

Venture investment funds would choose entrepreneurs in whom they would invest, and the government would try to clear them for entry into Canada within weeks. The idea is to unite Canadian money and foreign brains. An initial source of candidates could be frustrated foreigners in the high-tech sector in the United States who have not been able to land resident status there.

"This program will link brilliant, job-creating, immigrant entrepreneurs with Canadian investors. We want the world's best and brightest to come to Canada - to start businesses and to create jobs in Canada," Alexis added.

The program is expected to be unveiled in detail later this year. According to the report, the government will set aside 2,750 visas a year. Last year it issued 700 visas under the old entrepreneur class. The problem with it was that an immigrant could buy a corner store and hire one person then abandon the business after a year.

"There are never enough brains in a country," Version One Ventures founder Boris Wertz is quoted as saying. "Every country's going to compete for the best brains in the world."